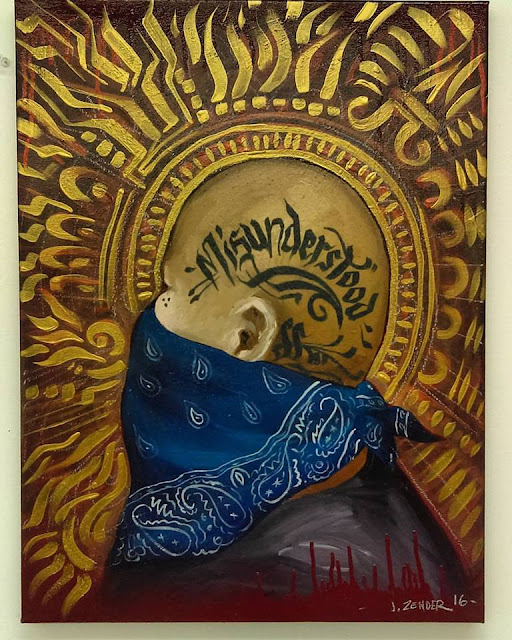 "Misunderstood" Acrylic on canvas 2016 11X17 inches. SOLD
This piece is a social commentary on how we perceive people based on external image. I grew up in East Los Angeles during my childhood and most of my community had Cholos. Back then to me they were not the violent monsters we see in movies and television.  After moving to South Central Los Angeles in the late 1970's practically all my friends were Cholos and I got to know most of them personally. Most of them had personal family issues, but some came from really good homes, they just knew that the connection they had was a bond, similar to those in a military unit. The Music videos of gangster rap of the 80's and 90 in a way gave a voice to those issues that most street kids were not allowed to say: so that's were this painting sort of begins, the bandana hides the identity of the person or youth who speaks his or her opinion. The radiant glows is the street knowledge they know but others do not want to hear, the red paint represents the blood they have witnessed in street violence it spills upwards into their consciousness,  and finally the tattoo is the label we wear. Meaning: to fail to understand or interpret rightly the words or behavior of. 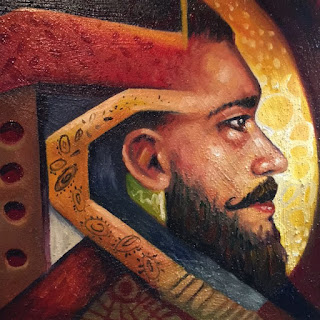 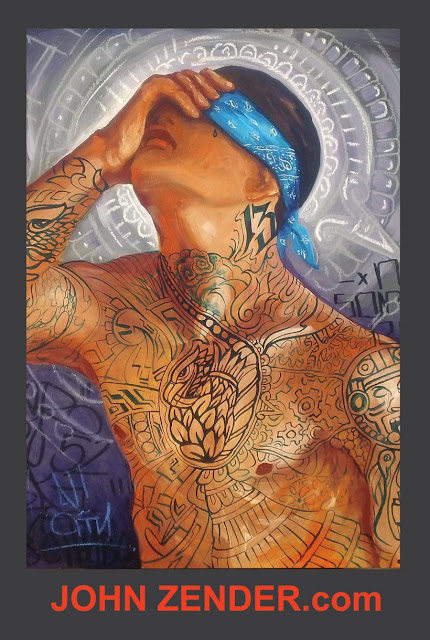